Gerwyn Price's miserable run at the Betfred World Matchplay continued with a 10-7 defeat to Danny Noppert on Monday night in Milton Keynes, as five more first round matches took place. 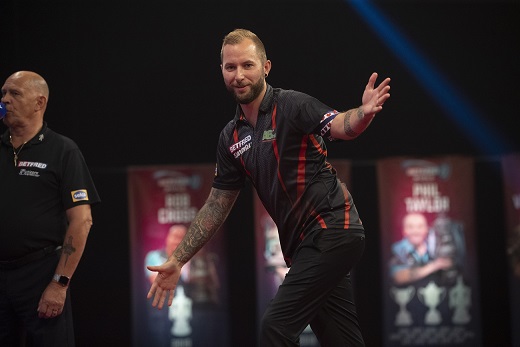 World number three Price struggled from the start, while Noppert took full advantage to inflict a fourth successive round one defeat on the Welshman at the summer's biggest tournament. Rising Dutch talent Noppert landed five 180s on his way to round two in his second World Matchplay appearance, having made his debut in 2019.

"It is a big win, I'm a really happy man," said a delighted Noppert. "He didn't play his best game, and it wasn't my best game but I'm really happy to win. "It was different at the beginning of the match, a little bit strange without a crowd, but I'm always happy to play on stage and I can look forward to the next match. "I won and that's the most important thing - I can play better and I need to perform better. I believe that I can beat everyone if I play at my best level but you need to learn from every game."

Price produced checkouts of 114, 122 and 70 across the opening ten legs, compensating for his unusually low scoring, to stay in touch at 6-4 down at the second interval. Noppert took three of the next four legs, including an 89 finish ending on the bullseye, as he reached the brink of victory at 9-5. A 98 checkout from Price, followed by four missed match darts from Noppert in the following leg, offered the two-time Grand Slam of Darts champion a possible route to recovery. However, any hopes of a comeback were dashed by Noppert, who kept his cool to take out 88, sealing a significant win in his PDC career. 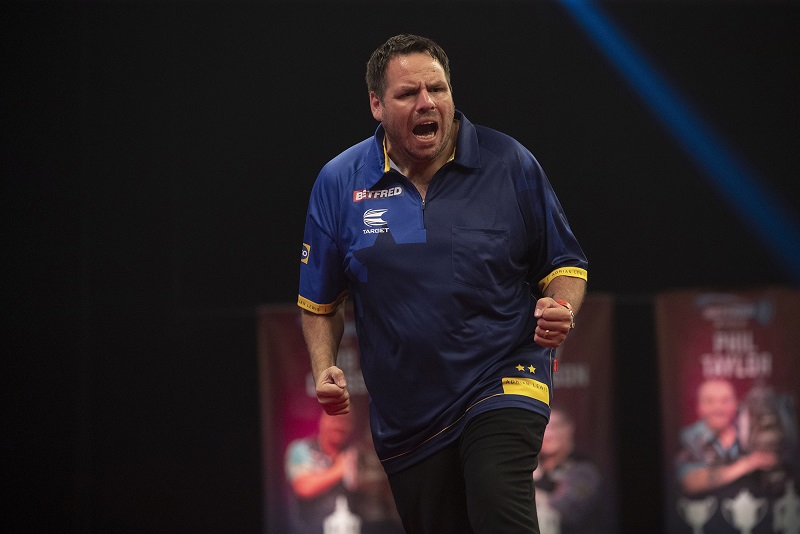 Noppert will take on Adrian Lewis in round two, after the 2013 World Matchplay runner-up roared his way to an 11-9 victory over Steve Beaton.
Lewis, who hit six 180s and missed just eight darts at double as he recorded his highest TV average in 18 months of 97.27, opened up a two-leg advantage for the first time in the contest at 6-4. The lead was maintained until Beaton, in his 21st World Matchplay appearance, struck a 111 checkout to level at 8-8, before successive holds of throw took the match to a tie-break. A 104 finish saw Lewis hold throw before he took advantage of Beaton's low scoring in the following leg, booking his place in the last 16 with a 72 finish.

"It's a massive win for me," said Lewis. "Every time I did my job and got ahead of him I let him off the hook, but fair play to Steve he took his chances. "I didn't get going at the Summer Series, but it was a good experience which put me in good stead for this tournament. "I'm playing well enough, I'm showing glimpses but to win this tournament I know I've got to have my head on the whole way through. "I've had to make a few slight adjustments because of my weight loss but I feel better for it. "Danny [Noppert] has been playing well for the last 18 months, so that's another match I will have to be up for." 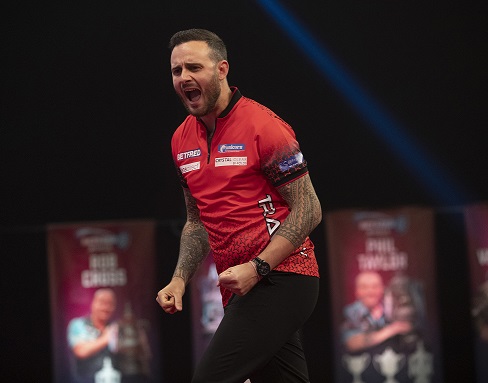 Joe Cullen avenged his 10-0 defeat to Ian White in the 2019 event, coming through the first sudden-death leg of this year's tournament to claim a hard-fought 13-12 victory.
In a contest which saw both players struggling to produce their best, White was the more deadly finisher, landing checkouts of 151, 118 and 100 as he fought back from 3-0 down to take a commanding 8-4 lead. The pendulum then swung back in Cullen's favour, as the Yorkshireman reeled off five successive legs, four of which were won in five visits to the board. White found the bullseye for a crucial 89 finish to take the match to a tie-break, which saw Cullen hold throw before applying pressure to the his rival's throw on three occasions, only to see three match darts go begging. With the players tied at 12-12, the contest went to a deciding leg, as Cullen took advantage of three treble-less visits from White before hitting the winning double at the sixth attempt.

"I felt great on the practice board and I genuinely thought I was going to blow Ian away, but that didn't happen when I got up there," admitted Cullen, who reached the quarter-finals in 2018. "At 8-4 to me it could have been the same score to me, but I had to tighten up my loose darts. "I've put a lot of work in since the Summer Series and it's all a learning curve but the target was to beat Ian because of what happened to me last year and I've managed to do that." 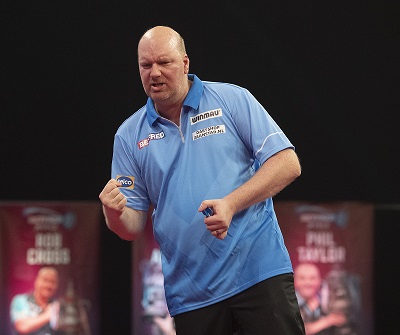 Vincent van der Voort ended his nine-year wait for a World Matchplay win as he overcame five-time quarter-finalist Dave Chisnall 10-6 in the opening game of the night.
Dutchman Van der Voort was quickest out of the blocks, as he raced into a 3-0 lead, only for Chisnall to hit back with checkouts of 130 and 81 on his way to taking the lead for the first time at 5-4. Van der Voort replied with a 101 finish to regain the lead at 7-6, before going on to outscore Chisnall in the final three legs to set up a second round meeting with Daryl Gurney.

"A win is always great in such an amazing tournament, so I'm really happy," said Van der Voort. "My mindset was good today and I'm happy with my game. I haven't felt this good for ten to 15 years - the break has given me four months sleeping in my own bed and even though I still have some back pain it's a lot better. "I enjoyed the time with my family but I missed the competitiveness. I wasn't ready when we started again but I put a lot of hard work in during the week before the World Matchplay." 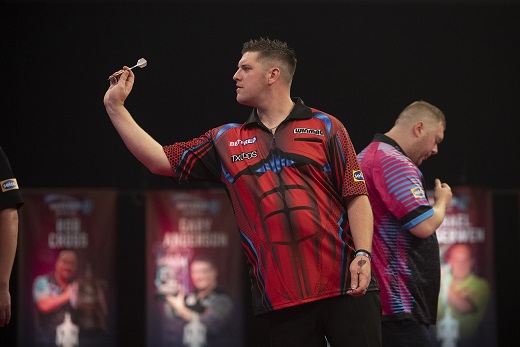 Gurney enjoyed a hot-streak of five consecutive legs to eventually run out a comfortable 10-5 winner against Ricky Evans.
Gurney, a World Matchplay semi-finalist in 2017 and 2019, became embroiled in a battle across the opening ten legs of the contest, which saw ten consecutive holds of throw. However, after the second interval it was one-way traffic as two-time TV champion Gurney punished Evans' six missed double attempts to book his place in the last 16.

"I'm thankful to get the win because that's the kind of game I would have lost a few years ago," Gurney conceded. "Whenever I have a break I seem to play better, but those 14 or 15 weeks I had off was the biggest break I've ever had and it was welcome. "I need to sharpen up but I'm very glad to be in the next round. There's something about this event - I always hang in there and give myself an opportunity."

The first round concludes on Tuesday with a meeting between Premier League star Nathan Aspinall and two-time World Youth Champion Dimitri Van den Bergh, to be followed by the first four second round matches. World number one Michael van Gerwen will take on Simon Whitlock, while former World Matchplay winners Gary Anderson and James Wade collide.