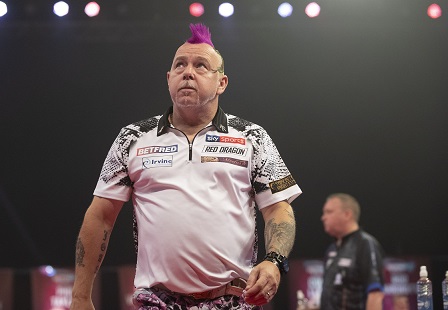 The story of the evening belonged to Durrant as the 49-year-old saw off the challenge from world number two Wright, securing an impressive 11-8 victory.
Wright began the match the stronger of the pair, winning the opening session 4-1 to take a commanding hold of the encounter. The scheduled break allowed Durrant to compose himself and he returned to the stage rejuvenated, winning the second session 5-0 to move in to a 6-4 lead. With a 7-4 lead, the current Premier League table-topper missed four darts to open up a four-leg advantage, allowing Wright to step in and reduce the deficit to two. Back-to-back bullseye finished followed for the Scot, first an 86 and then a 121 checkout to level the score, before tying the match up again at 8-8. Durrant, who after his previous victory had claimed that 'if he could reach 8-8 could beat anyone in the world', proved his point as he reeled off the next three legs to progress to the quarter-finals. 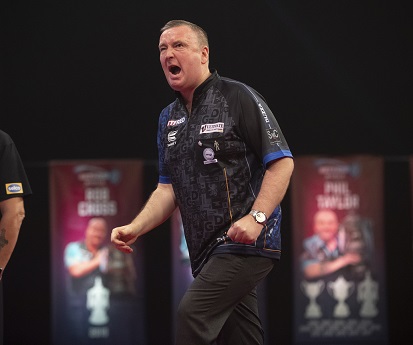 "I'm so proud to have won that game, I've got so much respect for our World Champion and to beat him means the world," said Durrant, competing in his second World Matchplay.
The loss for Wright means that none of the world's top four players will appear in the quarter-finals after earlier defeats for Michael van Gerwen, Gerwyn Price and Rob Cross. Durrant, the world number 19, will now face Van der Voort in the quarter-finals after he defeated Daryl Gurney 11-5, but the Middlesborough ace will not be taking his opponent lightly.
"Of course if you looked at the draw you would expect to face Daryl but take nothing away from Vincent, he is playing as well as anyone and these conditions suit him more than Blackpool," said Durrant. "I won't take my eye off the ball, I know I need to play well to beat him." 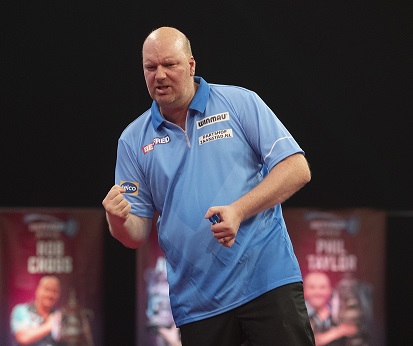 Dutchman Van der Voort progressed to the quarter-finals for the first time since 2009.
The world number 33 raced out of the blocks powering his way to a 5-0 lead at the first break with an average of 103, punishing four misses at doubles from Gurney. Despite a comeback of sorts from former Grand Prix Champion, Gurney, the 44-year-old Dutchman dispatched his opponent, securing a first World Matchplay quarter-final for 11 years.

"I can't tell you how good it feels to win this game, the four month break has helped me a lot and I am playing well," said Van der Voort after the match. "I'm not used to being 5-0 and 8-2 up so it was a little awkward for me finishing the game off but it was good to get the win. "When I am playing one game a day I can beat anybody, things just have to go my way. I just try and take one leg at a time and I feel great, so bring on the next match." 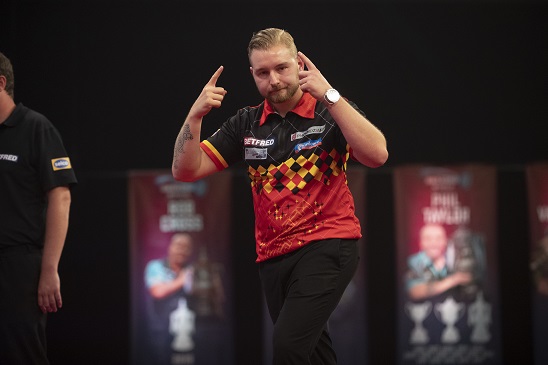 Dimitri Van den Bergh booked his spot in the last eight of the Betfred World Matchplay in his first year at the tournament, defeating Joe Cullen 11-9 in a scrappy encounter.
The match began with Cullen, who had match-darts to defeat Gary Anderson in the 2018 Matchplay quarter-final, taking a 3-2 lead in to the opening break despite two ton plus finishes from his opponent. A further break of throw followed for Cullen as he moved 5-2 ahead before a magical 138 finish from the Belgian closed the gap to two once again. The 26-year-old former World Youth Champion, retrieved one of the breaks of throw before going on to level the match at 8-8, punishing Culled for missing three at a double to go 9-7 up. The pair then traded breaks of throw until a scrappy 20th leg eventually saw Van den Bergh break throw and get over the line on double one.

"It wasn't easy today but I'm so happy to say I am starting to win ugly games, this is very important," said the Belgian.
Van den Bergh who reached the quarter-final stage of the UK Open in March went on to conclude that the time feels right to make a major step in his career.
"It is time to start being a bit more arrogant on stage. I have dreams and now it's time to go out and get them, no more excuses." 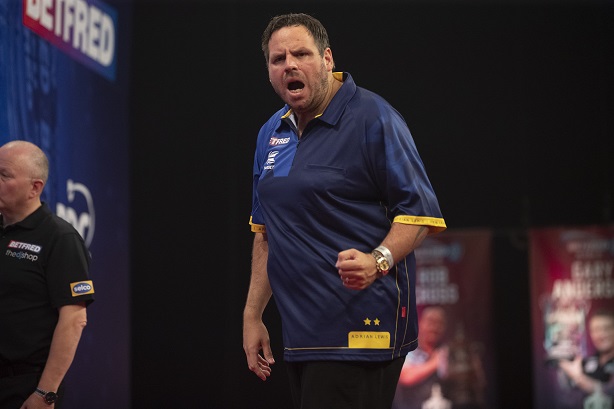 Van den Bergh will face two-time World Champion Adrian Lewis in the last eight after the 35-year-old defeated debutant Danny Noppert 11-7.
An animated Lewis struggled to pull away from his opponent who stuck with him until the 13th leg, where the 2013 Matchplay runner-up broke the throw to go 7-6 up. Three more consecutive legs followed as Lewis moved to within a leg of the match. The curtain came down on the contest two legs later with the world number 13 taking out 86 to seal an important win.

"I'm feeling fitter and I'm feeling a lot more positive. I know I can be better but these are good signs," said Lewis. "I tried to get myself going but Danny is a top player and doesn't give you much back, I had to work hard for that."
Dimitri van den Bergh awaits in the quarter-final, a match Lewis is relishing.
"Dimi is a great young player and is getting better. I'm going to have to use my experience and battle hard to make the semi's."