2018 champion Gary Anderson will face Michael Smith in the semi-final of the 2020 Betfred World Matchplay after the pair defeated Simon Whitlock and Krzysztof Ratajski respectively at the Marshall Arena in Milton Keynes on Thursday night.
Smith began the night with a dogged display to overcome Polish number one Ratajski with a 16-13 win, before Anderson went on to secure his spot in the final four with a hard-fought win over Michael van Gerwen's conqueror, Simon Whitlock. 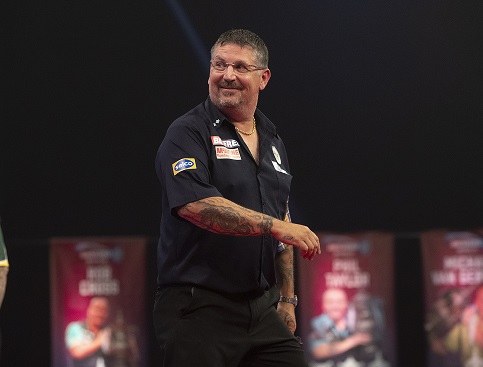 Anderson, who came into the match on the back of a second round win over James Wade, began the match the brighter of the pair, taking a 4-1 lead into the opening interval. The second session began with the players exchanging a handful of 180s and holds of throw, before a moment of quality saw Whitlock break back to close the gap to one.
The Australian, left with 120, appeared to block the treble 20 bed with his first dart, and moved down the board to hit back-to-back bullseyes with Anderson stranded on 80 to hold. Anderson immediately wrestled back the initiative, pinning double five to restore the two-leg advantage before moving three clear with a hold in the following leg. The Scot returned from the second break to punish Whitlock again, with the former European Champion unable to hold throw, allowing Anderson to move in to a 10-6 advantage. Whitlock then produced what seemed a vital recovery as he recorded four consecutive legs, including finishes of 80 and 114 to level the match up at 10-10.
Despite this fightback, Anderson once again regained control of the contest, holding throw on double ten before finding tops for a 12-10 lead. Once again though, the bullseye came to Whitlock's aid as he took out 90 on the middle double to put the match back on throw. The former back-to-back World Champion then missed a dart at tops for a 101 finish, allowing Whitlock to restore parity once again at 12-12. Anderson's scoring power came to the fore in the final four legs, restricting Whitlock to just one shot at the outer ring, as he secured his place in the semi-finals for the fourth time. 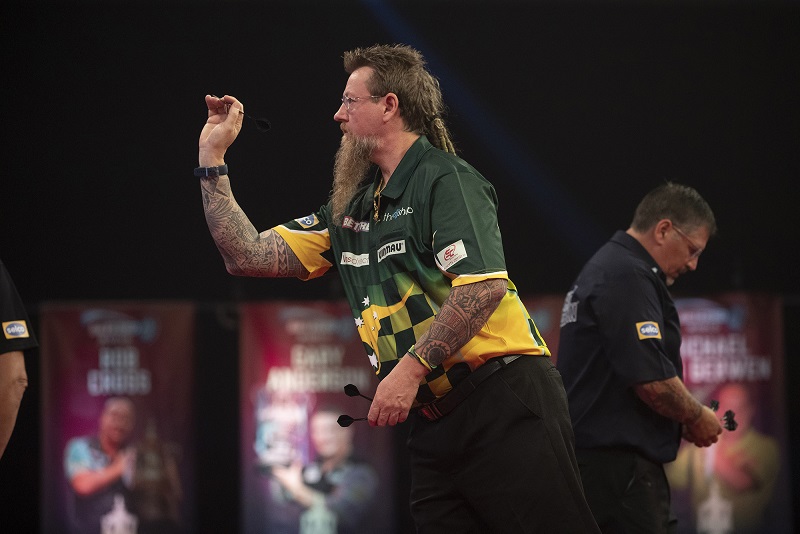 "I've made hard work of that tonight but that's what Simon can do to you. He battles and makes you work for it so it was a slog to get it done," said Anderson after the win. "Hopefully I'm sat here on Sunday with a trophy but I'm taking it one game at a time and it's going to be another tough fight against Michael Smith on Saturday. "He's got a good record against me recently and is playing some brilliant darts, I've been saying how good he is for years and although it's a bit late he's finally starting to come through to the top," concluded the Scot about his last four opponent. 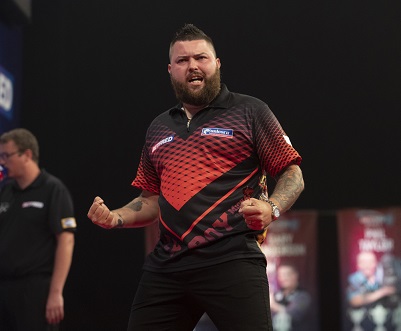 Anderson will meet his protégé Smith in Saturday's semi-finals night after the 2019 runner-up made it into the final four with a win over Krzystof Ratajski.
The match began with Smith taking a 2-0 lead courtesy of a break of throw before Ratajski immediately broke back with a superb 128 finish on the bull. With the match evenly poised at 5-5 the Pole took the lead for the first time with a break but was unable to press on as he was hauled back at the first attempt by Smith. The 14th leg saw Smith miss four darts to take an 8-6, allowing Ratajski to step in a level up at 7-7 before a stunning 161 checkout saw him break again to lead 8-7. The Englishman, once again broke back at the first time of asking, levelling the game up this time at 8-8.
The 18th leg saw yet another ton-plus finish from Ratajski as he took out 139 on tops to see the score move to 9-9. A hold of throw followed for Smith who then stole back the initiative on Ratajski's throw in leg 20 to lead 11-9. The former World Youth Champion then moved further clear, pinning double six for a three leg advantage, before yet another break of throw saw him move 13-9 ahead. A fifth consecutive leg followed for Smith before Ratajski stopped the rot on tops to trail 14-10. The Pole then closed the gap further with a break of throw, punishing Smith for a missed dart at tops to go within a leg of the semi-finals.
Despite constant pressure in almost every leg from Ratajski, the Englishman was able to get over the line, sealing a second consecutive Matchplay semi-final appearance with an 16-13 win. The victory pushes Smith back in to the world's top four, an achievement that the former Premier League finalist was keen to look past in the short-term. 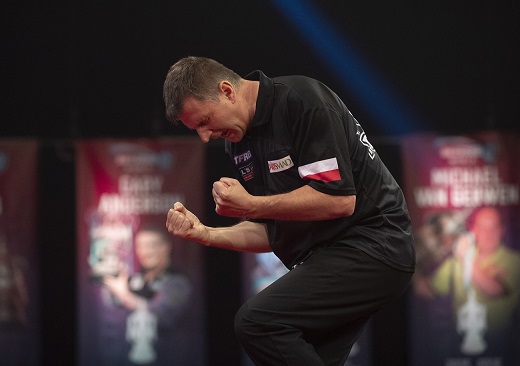 "I do like looking at the rankings and before lockdown I saw I was a long way clear of Nathan (Aspinall), but since then he has caught up with but I'm not fussed about that now I just want to concentrate on trying to make the final," said Smith after the match. "I want this so bad, maybe too much sometimes but I know once I get that first one like MVG did then the wins will start to flow. "I put a lot of pressure on myself but today I proved I can handle it against a really classy player."