Glen Durrant and Dimitri Van den Bergh set up a tantalising semi-final at the Betfred World Matchplay with gutsy victories over Vincent van der Voort and Adrian Lewis on Friday.
Durrant secured his spot in the last four for a second successive year with a memorable comeback from 10-5 down to eventually see off Van der Voort 18-16 in a tie-break.
Van den Bergh, meanwhile, held off Adrian Lewis' fightback from 8-2 down to claim a 16-12 win and reach the semi-finals on his debut in the World Matchplay. 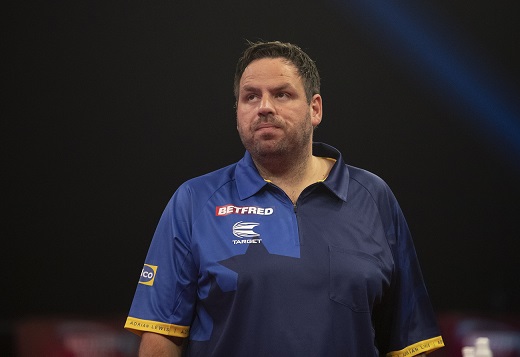 Another exciting night of action in the 700,000 pound event at Milton Keynes' Marshall Arena began as the Belgian secured a spot in his first televised individual semi-final in style. Lewis cut the gap to three legs at one stage, but Van den Bergh punished some key missed doubles as he pulled clear to continue a remarkable week, averaging almost 100 and finishing 41% of his darts at a double. A two-time World Youth Champion, Van den Bergh has reached five televised quarter-finals in recent years as well as the World Cup semi-finals alongside Kim Huybrechts, but has now set his sights on lifting the Phil Taylor Trophy. 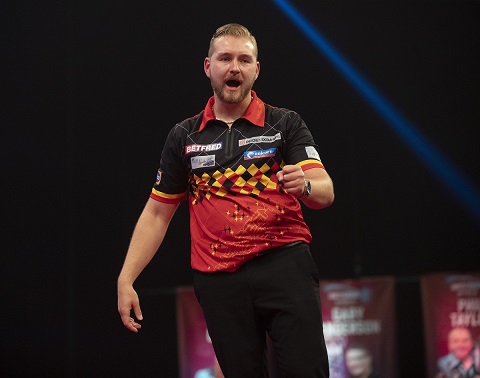 "It's a fantastic feeling - amazing and unbelievable," said Van den Bergh. "It's my first semi-final in a major and I'm showing the world that I have it in me. "I'm in the semi-finals and I want to win that now and see how far I can get. It would be a dream come true to win this event but I'll take it round by round and I'll be practising, fighting and believing in my own ability. "I'm so happy about my game and I know that I've learned from each match. I keep learning and I keep digging in and I'm chasing my dreams. "Adrian has been in the final but I showed that I can play long games. When he came back I had to keep playing my game. It's the first time I've played a game of the first to 16 but match-play is all about legs, not sets, and I took the chances I got on my doubles."

Despite an early 12-darter from Lewis, which featured a 102 finish, Van den Bergh quickly established a 6-1 advantage with the aid of four 180s, a 177 and a 164 checkout. Lewis hit back by taking out 161 in leg eight, but Van den Bergh finished tops and 104 to move six legs clear, and then retained that cushion by trading 13-darters with the Stoke ace to lead 10-4. Lewis took four of the next five - including trading 11-darters with Van den Bergh - as he cut the gap to 11-8, but three in a row moved the Belgian 14-8 up. Lewis again hit back, winning three successive legs, but Van den Bergh had enough cushion to eventually secure his spot in the last four with a 66 finish. 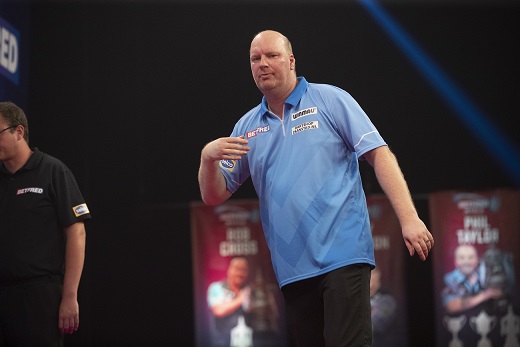 The drama of that contest was bettered in a tense final game of the last eight stage, as Van der Voort's best run in the event for 11 years came to a devastating end. The Dutchman started the stronger as he opened up an early 4-1 lead and extended the cushion to 6-2 and 8-4 before legs of 13 and 11 darts moved him five clear at 10-5. Durrant won three of the next four, including a 108 finish, as he pulled back to 11-8, before punishing a string of missed doubles from the Dutchman to draw level at 14-all in a run of legs which included a ten-darter. A classy 92 finish on the bull moved Durrant ahead for the first time at 15-14, and he then took out 85 and 115 to hold throw as the tie-break continued before competing his comeback by finishing 75 on tops. 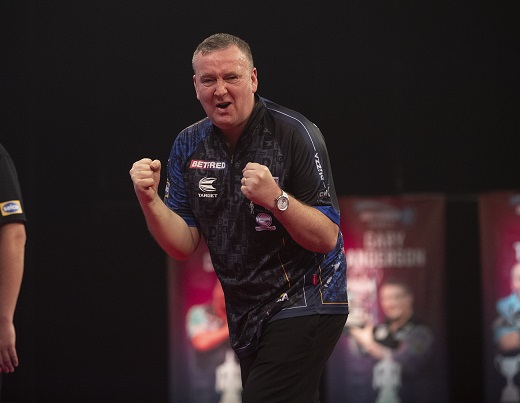 "I've no idea how I won that game," admitted Durrant. "Vincent will be devastated because the better player lost but sometimes you need a bit of luck to get you through. "I don't think I ever settled but sometimes you have to rely on experience. I was beaten but I've got through and to reach back-to-back semi-finals in this event is tremendous. "I want to go to the next level now. It's a massive opportunity - the top four seeds have fallen and I've dodged a bullet tonight."

Saturday's other semi-final sees 2018 champion Gary Anderson taking on 2019 finalist Michael Smith in another mouth-watering tie, before Durrant and Van den Bergh battle it out for the other place in Sunday's decider.