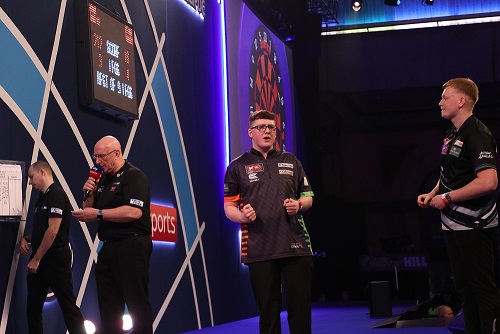 Irish teenager Barry, 17, has broken through in 2019 and made a big impression by winning the JDC's DartConnect Junior International Open in September as well as the Tom Kirby Memorial Irish Matchplay the following month. Having also come through the early rounds of the Junior World Championship in Gibraltar in September, Barry took to the stage alongside emerging Czech Republic ace Gawlas to claim the newly-titled Tommy Cox Trophy.

Gawlas - the PDC Unicorn World Youth Championship runner-up last month - took an early lead in the final and countered a 117 finish from Barry with a 120 combination to level in leg four. Barry followed a 90 finish on the bull with a 14-darter as he moved 4-2 up, with Gawlas taking out 106 to reply before double four secured glory. 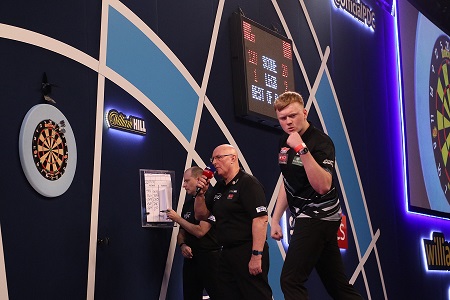 "It's an amazing feeling - it's everything you ever dream of to be a World Champion," said Barry, who averaged 93. "This year has been very busy but very enjoyable as well. "Everything's going right for me and I'm playing really good darts, and the hard work is starting to pay off, so I'm really happy to get the win. "There's some amazing talent in the JDC, even in the Academies, and it's great to see. The standard is really going through the roof and the JDC is brilliant. "It gives you great opportunities and there's a lot bigger things to come for the JDC."
Gawlas has only been playing since February 2019, but after breaking through with a European Tour appearance in August has been tipped for a big future in the sport.
"It's an amazing achievement for Adam - he's a really good thrower," said Barry. "He got to the World Youth Championship final and that takes some doing. "He's not even been throwing for a year so who knows what he can do in the next three or four years. It's good to see and he's a very good player, and I'd like to see how he's going to get on in the next few years. "Hopefully we'll be playing more on the tour together." 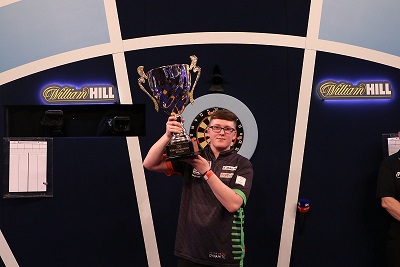 Barry's Irish Matchplay success had secured his spot in the World Championship, where he took on Vincent van der Voort last Monday, and the teenager is now setting his sights on securing a PDC Tour Card at the 2020 Qualifying School.
"Having had the game against Vincent gave me more confidence," added Barry. "This game was a different pressure - I wasn't expected to win against Vincent but I got the feel of the stage and that was a big factor. "Hopefully this won't be my last time on stage and we'll see what next year brings. It gives me the hunger to get my head down, get the practice in and hopefully be here next year and for the next few years. "If I don't get a Tour Card it's not really the end of the world, I can play on the Challenge Tour and Development Tour and it's a really exciting year ahead."