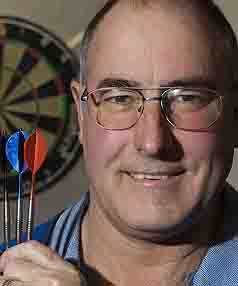 Preston - who feels responsible for dart players in New Zealand?

We've got two organisations. The New Zealand Darts Council is the older one, founded 1955. It was one of the founder members of the WDF. The other one is Darts Players New Zealand - a branch of Dart Players Australia and its been formed for the national representatives from the New Zealand Chartered Clubs Darts Association, which is closer to the PDC.

Do the two organisations get on with one another?

Oh yes - no problems at all and no problems when playing tournaments of both organisations. They even had meetings to merge the two associations, to be under the Darts New Zealand banner, but who knows why they haven't.

How popular is the sport of darts in New Zealand?

I reckon there was around 7000 dart players in New Zealand back in the '80s when I began to play the sport, but now ther's probably only half that number. Our problem is the youth. There are such a lot of outdoor sports and activities offered in New Zealand most young people find much more interesting then darts.

And how is everything organised?

We've got two national leagues, and every county or province also has its own leagues in the clubs and pubs, some of which are affiliated to the national leagues. I always thought when I am not longer work I might try to build up a really reasonable league system I've got some ideas already.

And where is darts played - in clubs and pubs?

Yes - most of the time in clubs and pubs. What is really great here in New Zealand is how those pubs and clubs are equipped. Foreign visitors are always astonished. All the pubs usually offer six dartboards and the working men clubs offer 12 boards in a row. And everything is first class. I've looked around here in England but I couldn't find anything even coming close. You are lucky to find one or two boards in a pub...

Have you an idea when the sport of darts arrived in New Zealand?

I think it was in the 1950's. Immigrants from England brought it over together with the working men clubs. Those don't offer only darts - they have a wide range of leisure time activities. Darts is only one of them.

And how did you come into contact with darts?

I got interested through my father. My father came from England, I still have relatives in Devon, and my father always played darts. When I was a youth I was much more interested in the outdoor activities like the youth today are. But when I was 27 I had a motor-cycle accident and couldn't do them any more. So I started to play darts. 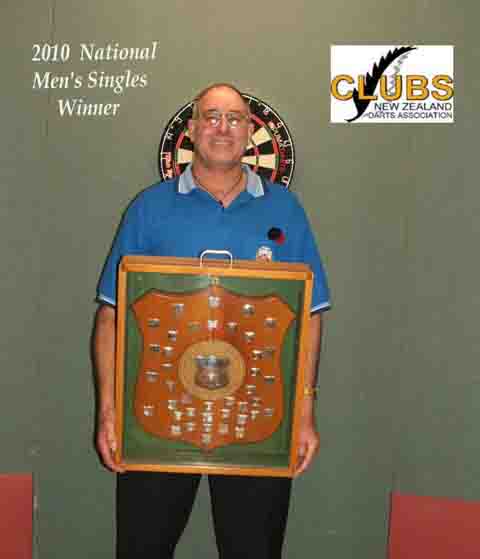 How did your career develop?

It developed quite fast, I became member of the province team after only three years the the national team six years later and travelled all over the world. I played four World Cups and found a lot of friends everywhere. During the World Championship here in England I met some of those again.

When did you reach your peak?

I would say my peak was in the 1990s - that was my time. I was rather ambitious then and would have loved to become a dart pro...

I don't play as many tournaments any longer though I travel from time to time to Australia. I would say I am a retired dart player more or less. I still play locally in Christchurch of course but my really active times are over.

But you succeeded to qualify for the PDC World Championship 2011!

Oh yes - I won the national Chartered Club Mens singles which gave me a wildcard entry into the Ladbrokes championship. The following month my wife (Sandi) & I went to Australia to play in both the Oceanic Masters and the Australian Open, where I was beaten in the quarter final. I was given a boost of confidence after beating an english professional player.

Your wife plays darts as well?

Yes - together we were runners up in the mixed pairs during the national championships.

It was unbelievable! Such a lot of atmosphere! My wife and I where there every day. Before the World Championship we had visited relatives in Devon. For my wife it was her first trip to England. We really were absolutely delighted. I wondered all the time why it is not possible to do something similar with the WDF World Cup - that's such a great tournament but rarely a spectator turns up. The players are more or less on their own. 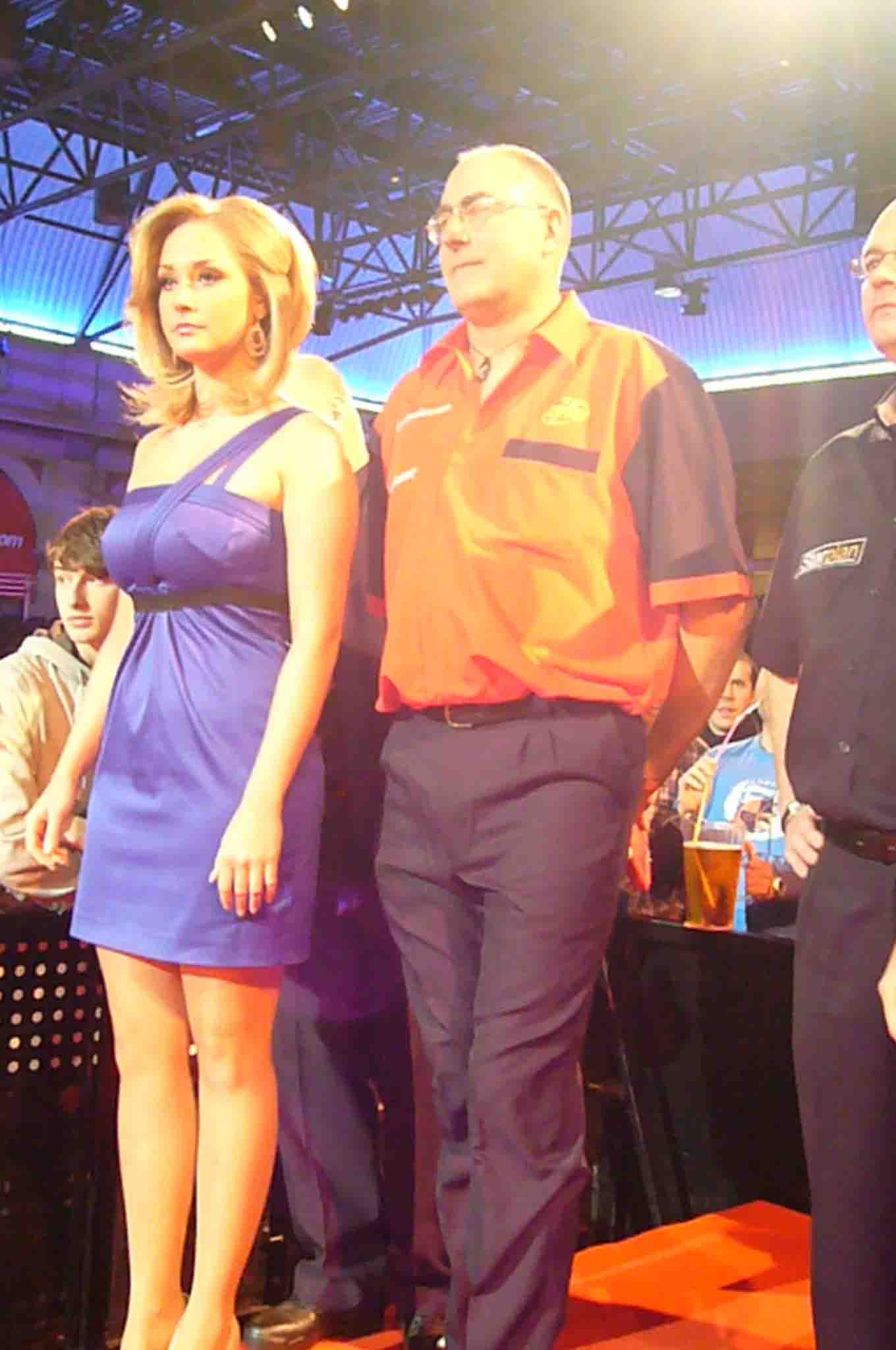 How difficult was it for you?

It was difficult but at least I did know some of the players as I have already played them during tournaments in Australia.

Can you follow the PDC tournaments on TV in New Zealand?

We have darts on TV - but till we can see a tournament it's already over for two years...

And where do you get your equipment in New Zealand?

We don't have a problem with that at all. We've got Puma Darts in New Zealand - that's a manufacturer originally from New Zealand and it's still here. When I really was an active player they sponsored me though it never came down to signature darts. But they always supported me and once I was invited to have a look at the factory and the production. That was unbelievable and I am still impressed. But I have to say that Puma were the first to make dartboards without surface wires. Puma is the dominating manufacturer in New Zealand.

Well - I've got a board at the wall at home. But I've to admit I rarely practice. I play in the pubs and clubs 5 nights a week leading up to major tournaments. I take part in tournaments from time to time in Australia.

Who would you say are the top players in New Zealand?

It always was your dream to be a darts pro - but it never happened. How did your earn your living?

I was a sheepshearer for a long time - but that is very demanding and I stopped working in this job for some time already. Now I am as some kind of a caretaker in the historic centre of Christchurch.

I heard you've got a shoulder injury. Has it something to do with playing darts?

A late sequel of shearing sheep?

No, I don't think so. More a late sequel of the earth quake. Here in Christchurch a lot was destroyed and I helped to tidy away and lugged a lot of heavy materials. When it started to hurt the doctor gave me an injection and I worked on as it didn't hurt any longer. So it got worse and I couldn't play darts at all. Luckily in time for the World Championship I recovered!!! 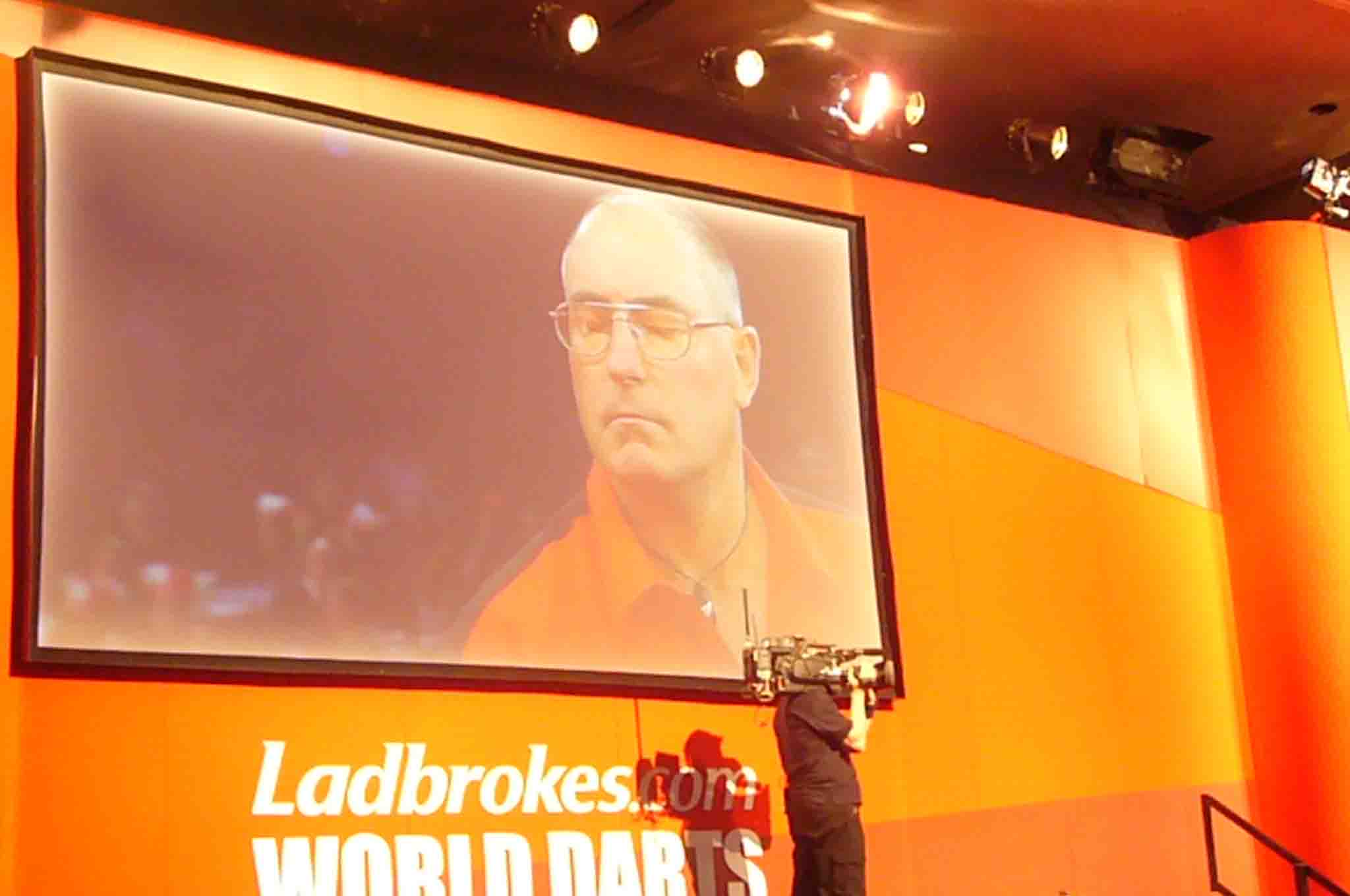