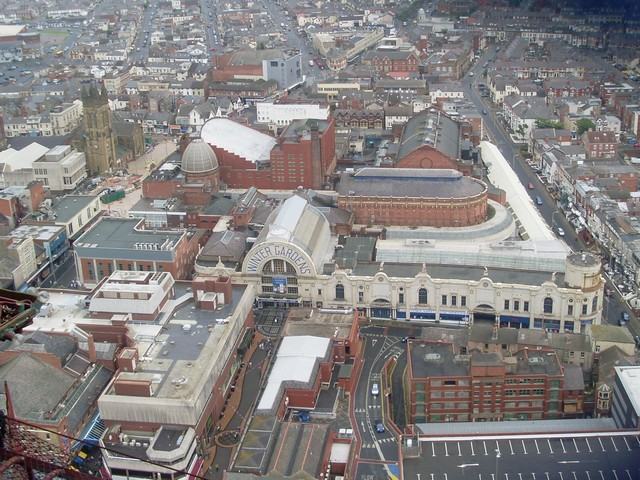 The World Matchplay is beside the World Championship the oldest and most important of the PDC tournaments.

It is played since 1994 and was first sponsored by Proton Cars, 1995 and 1996 by Websters and after some years without a main sponsor since 2000 by the betting company Stan James. By now it is sponsored by the betting company bet victor. The tournament is always played at the end of July in the Empress Ballroom of the Winter Gardens in Blackpool, an older building, were no air condition is allowed to build in so that in hot summers players sometimes get health problems on the very hot stage. That happened last in 2008 when Dennis Smith almost had a breakdown on stage.
Due to the Corona Crisis the World Matchplay is played 2020 behind closed doors at the Marshall Arena in Milton Keynes.

Played is always 501 SIDO in legs. The format chaged over the years. Initially it was played played till one of the players got a two leg lead. So it happened already twice that the finale was played over 36 legs. The longest first round match was played 2002 between Peter Manley and Bob Anderson, it took 32 legs before Bob Anderson was a 17:15 legs winner.
2016 there once again was an amendment: Only five additional legs will be played. should after those still none of the players have got a two leg lead the sixth "extra" leg will be a sudden death leg.

In 2022 a Women's World Matchplay with eight women will be played in the afternoon of the Finals Day.

In it's very first year it was won by a non-British player - the American legend Larry Butler. One year later, in 1995, the World Matchplay was the last time Jocky Wilson played a darts match, after he lost second round to Nigel Justice he withdraw from darts. In 2002 Phil Taylor threw during the tournament his first ever televised Nine-Darter.

From 1984 to 1988 the BDO had organised a World Matchplay as well which is not related in any way to the PDC tournament. It's of historical interest because during this tournament John Lowe in a match against Keith Deller threw the first ever televised Nine-Darter for which he got the record price money of Pound 102.000. 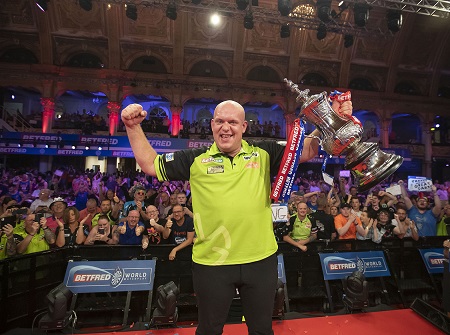